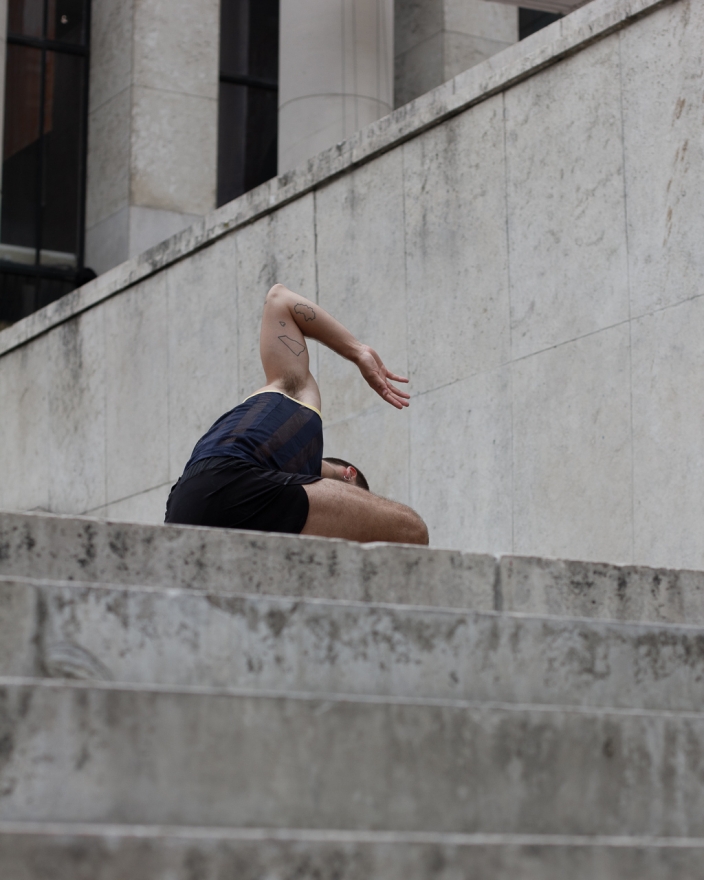 Adrien, once, lived near me but we missed each other. But life wanted us to meet in Paris where he comes from.

When he was a little kid, he saw his big sister dancing. He started imitating her at first. At that moment it was just a game. After growing up a bit he started practicing dance more seriously. After what, he studied ballet at the no less than the prestigious Ecole de danse de l'Opéra National de Paris.

While we are talking about prestigious things, his beauty is not to be forgotten. Remarkably beautiful are also Adrien's legs. They're hairy, thick and muscled. When he hurt his knee and his blood was going through Le Palais de Tokyo he continued his performance as if nothing has happened.

Adrien, after 10 years working in dance companies is launching his career as a freelancer. Meanwhile, he's questioning his whole work the meaning and it's philosophy.